Everything is an Auction 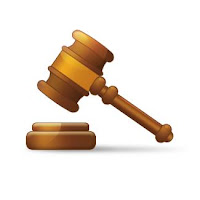 For my 2012 game, Nieuw Amsterdam, soon to be released through White Goblin Games, I returned to one of the staple mechanisms of modern board games: the auction.  The mechanism was a central part of so many games of the past two decades, and the most prolific designers of that time produced many of the classics of the genre that we still play today.  Reiner Knizia, in particular, used variations of the mechanism again and again with Modern Art, Medici, Ra, Amun Re, Money, and many more.  Even a look at the father of modern board games, Monopoly, reveals that auctions are central to the rules—when played correctly, of course.

The mechanism is so engrained in the language of game design, in fact, that auction games are being created without being recognized as such—even by their creators.

I recently realized, for example, that Alea Iacta Est, which I created with co-designer Bernd Eisenstein, is actually, at its heart, an auction game with dice.  In fact, my first card game, Circus Maximus, has also been described by others as a bidding game, although I was not consciously trying to create one.

It seems that many “new” genres which have burst onto the gaming scene in recent years—and many that have held our attention for much longer—are also clever variations on the tried-and-true auction mechanism.

For example, one of the hottest game mechanisms of the past decade, dubbed “Worker Placement,” is actually based on multiple, simultaneous auctions for various actions.  Each of the auctions usually has a limit to the amount of “bids” (a.k.a. “workers”) all players can make, and either placing early or placing the most bids at a location will secure the most and/or best actions for the bid.  The actions won can vary:  sometimes a player gains resources, sometimes he is allowed to build or make war, and sometimes he will move up in the turn order for the next round.  Alea Iacta Est was always meant to be a combination of worker placement and dice, and it plays very much like an auction game as players try to one-up each other in the various buildings with their bids, this time represented by their dice.

Another game mechanism that is based on the auction, an “oldie but goodie” that we still can’t seem to get enough of due to it’s high interactivity, is “area majority/area influence.”  Even the classic, “El Grande” can be viewed as a clever combination of multiple auctions with a geographical component.  Each player is bidding for the victory points available in each region on the map. They bid with the wooden cubes in their reserves, with the possibility to move their bids between regions after they’ve been initially placed.

Even a look at the vast trick-taking genre reveals that they really are all auction games at heart.  In those games, a round consists of a once-around auction for the cards played, the “trick.”  Sometimes, you bid to take the cards, sometimes you bid so that you can avoid them, depending on what’s on offer.  And don’t forget that you are also bidding for the starting player position, something that can also be either a bad thing (when wanting to know what others are going to play) or a good thing (when wanting the control of leading the next hand).  This is in contrast to worker placement, where starting player is almost always an advantage, and area majority, where it is almost always a disadvantage.  My 2011 trick-taking game, Pala, could then be viewed as an auction game.

However, in the forth-coming Nieuw Amsterdam--as with 2010’s Wampum, the inclusion of an auction was a conscious decision.  There are, of course, new twists to the mechanism in the design, and it seems that there is no end to the variations one can make.

After all, almost everything, at its heart, is an auction.
Posted by Jeffrey Allers