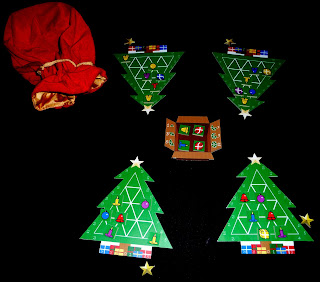 TRIM THE TREE
A holiday game for 1-5 players
by Jeffrey D. Allers