It started back in 2007 when I was frustrated that I could never make it to the biggest gaming convention in the world.  Due to scheduling conflicts with my work, I always missed SPIEL in Essen, Germany, even though I lived only a few hours drive away. During a talk with my new friend, Michael Schmitt, owner of the Spielwiese gaming cafe, we had the idea to start hosting an Annual After Essen Party to bring some of the fun back to Berlin after the event was over.  After all, what could be better than to spend an evening with your favorite gaming friends playing the best new games?  And when many of those friends are the designers of those games, it's all the more reason to celebrate.  Finally, it's also a wonderful opportunity to invite international guests, whether game players, designers, or journalists, to join in the fun.

Just click on the titles to see more of the games and guests of our previous parties.  And, if you are in Berlin on the Tuesday after SPIEL, be sure to drop by and join in the fun! 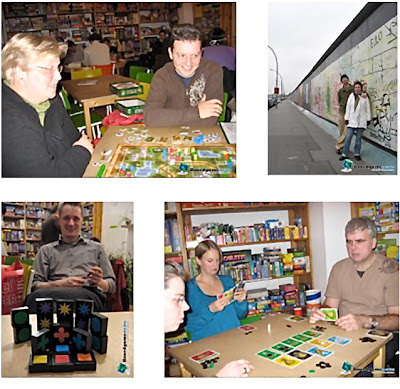 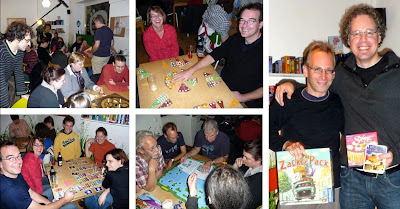 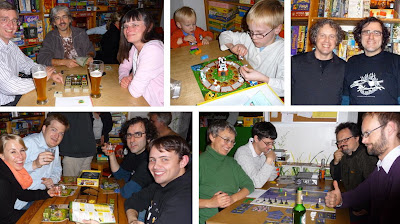 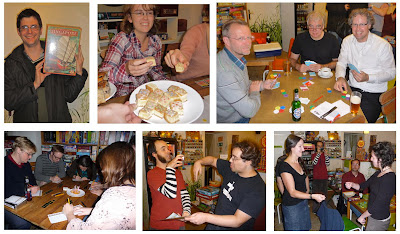 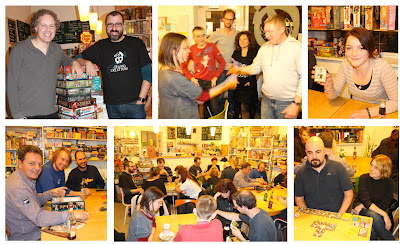