Two new games that I've been working on for many years in various versions are finally being offered to the public. 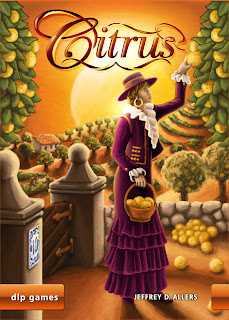 Citrus has been announced as an October Essen release from dlp-games.  It was a pleasure to develop the game further with designer/publisher Reiner Stockhausen, and I'm excited to finally have one of my games illustration by Klemens Franz, who I met for the first time in Essen.  In fact, I showed the prototype to him there, and I owe it to him for recommending it to Reiner. 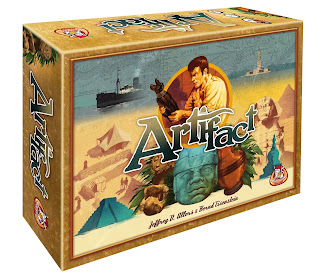 Artifact, which made it to the final round of 6 in the 2009 Hippodice Competition, will also debut in October in Essen, this time from White Goblin Games. This game has also had a long development time and was my first collaboration with friend Bernd Eisenstein.

Unfortunately, I won't be attending Essen as I'm spending the year with my family in North Carolina. But I'll be there "in spirit" with the release of Citrus and Artifact! The stories behind the development will be posted on BoardgamegeekNews in the next weeks as well as here on this blog.
Posted by Jeffrey Allers No comments: